Today, we will open the blog entry with some thoughts on Kris/the lawsuit.
And before some haters start to fly high in the comments again: This is of course my opinion… probably an unpopular one… (and the one of some friends of mine … @Vicky: if you come to read this here you may forgive me!)

You guys know I always support an uprising against an abusive company. But like Angela said, Kris doesn’t treat the whole lawsuit thing with enough care and this drags other down with him – especially HanGeng.
As we came to know, shortly after the lawsuit news, he started singing OSTs and filming movies in China I was already like “okay… that was maybe not too smart…” because it was happening so fast! At first I was happy for him but… after thinking about it for a while and seeing the whole situation unfold I couldn’t help myself asking: What’s with his health issue? Was it cured THAT quickly? What will fans say? Doesn’t this look a liiiiittle unfavourable now? (especially for Kris himself)

We can now think a step ahead.
Let’s think about what this possibly means for him, the lawsuit and other ppl (who left before him).
First of all, it let’s him appear as a liar. It was said he was so seriously sick that he coudln’t work (under SM’s conditions) anymore. Ok, SM let their artist work A LOT, we know that.
BUT then he starts filming in China so shortly after he was “seriously sick and needs to rest a lot”. This puts him in a VERY bad light. This confirmed everything for all the ppl who called him a liar & said he would only use this as an excuse to leave SM because he was now famous enough to be a solo artist (because, as we know, when you cannot wait the end or your contract out there’s nothing left besides lawsuit or to be in lifelong debts.. there is no way to leave the contract by paying yourself out unless you’re really rich… the penalty for contract breach is crazily high).
On top of all, it would be no wonder if SM says now the whole stuff with his health was made up and a lie. They could use this against him by saying that he claimed he couldn’t work for EXO anymore BUT he could go to China and start filming movies… This would rate at least one of this arguments/claims in this lawsuit invalid. Because everyone will have to admit that this doesn’t exactly look good now. This also adds fuel to the fire regarding fans’ disappointment and the following claims of it when he had left.

AND AS IF THAT WOULDN’T BE ENOUGHT it takes those ppl down who fight since YEARS against being called liars… HanGeng and JYJ (in that case probably especially Genny because they are both from China).
Although the cases of them and Kris are different: When we’re being honest we have to say that not too many fans will acknowledge these differences or make a big difference in their disappointed/hateful state of being.
So now everything our boys went through… ppl will now say it could also be a lie and they will get called liars again. It will be like confirmation to some!
I mean WE know that it is the truth. We know the fancams and pictures of chunnie almost collabsing backstage of an event because he was sick and SM still made him perform, we know that the boys cried from exhaustion but no one cared and they still had to work, we know how Genny was already at the point where he thought about suicide, we know how shitty SM treated him/his parents, we know how they turned down all his requests, we know how Genny and Siwon were sick and lightning-treated with only half an infusion (and that was hella dangerous, alright! There’s a reason wae infusions usually go slow, drop by drop….) at the hospital while the SM manager kept yelling “we have no time, hurry!!!!”.
yeah.
WE KNOW. We, the ones who got into this lawsuit matter, the ones who investigated to understand the details. We didn’t read AKP’s/korean media’s twisted article to form our opinion. We didn’t believe SM. We investigated to have our own opinion.
But others don’t know. In fact many others. And sometimes… there are also ppl who just need to blame someone, choose the easiest way and point their fingers at the ones who left. I guess mostly these fans don’t even want to know the truth or I dunno.
Since I have no deeper insight in Kris’ matter (because I am honestly no EXO fan) I don’t even want to point my finger at him and call him a liar. I know it could all be pretty much true. We know how SM (often) treats their ppl.
BUT how Kris handles things these days… acting like a solo artist, fully working again, so shortly after he technically almost collapsed because he was ‘so seriously sick’ and the lawsuit isn’t even close to be resolved…. ㄱ_ㄱ well… that really isn’t too smart.
And dragges the others down, although they don’t have anything to do with him. AND raises suspiciouns whether the thing with his critical health was or is true.

JYJ and Genny treated things differently but now Kris is about to ruin the reputation of all the “SM-leavers” a little… this could have a bad effect on all of them but ESPECIALLY on himself. He ruins his own image right now (although I think Kris stans will probably not think about all of the above or care).

Actual impressions from what’s already happening:
– about what Kris’ actions cause in Korea…
– a Fan’s reaction… to the never ending hate Geng gets.

Sadly we can already see that the thing we feared could result from this already happened: Geng is getting a new wave of hate.
I wish I could say I don’t care, I don’t give a fack. But I DO care and I DO give many facks when it comes to my boys and things unjust. I cannot just sit here and say nothing so I really wanted to talk about this.
Not wishing Kris bad things but… I hope this will not unfold to something even more bad and… I really hope he is not the liar ppl accused him to be.

.
.
Something nicer to talk/think about: Crossdress performance at SMTown concert 140815 in Seoul with…….. FEMALE CHANGMIN!!! and…. 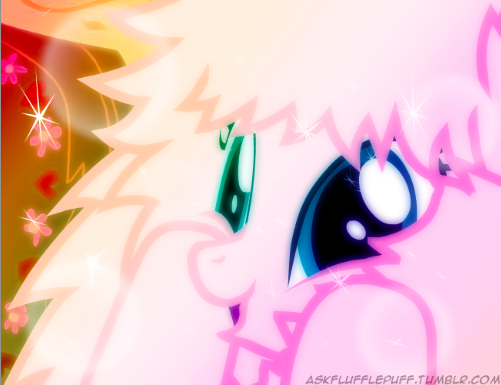 GengNews!
➤ [WeiBo update]
– HanGeng spoke up about SM and the ppl there: (140813) Han Geng Weibo Update
➤ [Latest Pics]
(140812) Transformers 4: Age of Extinction appreciation dinner hosted by Paramount Pictures → 1 . (well… since I already posted this entry now there didn’t anything more happen with Genny in the meantime ^^° sorry)

.
JYJ news!
➤ MERCY!!!! I cannot even buy SuJu’s and HoMin’s last photobooks D: not to talk about another DVD! *faints* #MultiFandomProblems
JYJ announce additional dates for their Asia tour + upcoming release of ‘3hree Voices III’ DVD
oh nooo! It won’t ruin your looks! you will look even better! =D
➤ Please eat chunnnie! eat! (and make jaejoong eat just as much – _ – ….. )
140813 Yoochun – A born actor & singer, “Gaining 5kg….If it is for my work, I don’t mind if my looks are ruined.”
– 140812 Yoochun – “I smell like an actor is the best compliment to me.”
➤ Another interview about acting, but this time from JJ~
140814 Jaejoong – Singing vs. Acting [Interview Excerpt]
➤ 3hree voices III : “The casual way 3 of them toying with each other like puppies….”
140814 – Hayato-san Blog Update: The Long-Awaited 3hree Voices III….. Notification on its release!

.
➤ FTTS: When you survive the contract length this is what your reality looks like:
Former SM artists Fly to the Sky to be special guests at SM family concert + collaborate with D.O and Ryeowook
but please… PLEASE don’t read the comments there… – –
Its just so…. ugh.
Of course there is no problem with FTTS and Shinhwa. They did not call SM out on their unfair treatment or… I dunno how it was back then… maybe SM didn’t treat them like lapdogs? who knows. I dunno.
But: Shinhwa had to go to court so they could still use their name. #justsaying SM didn’t want them to keep the name like… they won’t sign with you anymore SM, what do you want with the facking name when you don’t have a group to it anymore?? ㄱ-ㄱ this company drives me crazy *sigh*
Whatever lead them to be so friendly with FTTS… I am happy about that for them… but was it really that they didn’t sue them? Hm. probably.

I am cassiopeia from germany *^-^* OT5 all the way! AKTF & hope to the end! JYJ & HoMin hwaiting! An ELF heart is beating in me ^^ Love Super Junior (all Super15 of them), I´m 庚饭 -Gengfan- too. OTL: I do not own anything -most of the media or photos that are posted- and I`m not responsilble for the content of the sites I`ve linked~~*^-^*
View all posts by Sangmi →
This entry was posted in All entries, Video Blog! ^^ and tagged 3hree voices III, c-pop, Changmin crossdress, 韩庚, female Changmin, Fly to the Sky, FTTS, GengNews, Genny, Han Geng, HanGeng, HanGeng 2014, HanGeng WEIBO update, 유천, 재중, 준수, Jaejoong, Junsu, JYJ, k-pop, Kris, Kris' SM lawsuit, Lady Shim, Lady Shim Day, Momoko, SM Town concert, SMTown in Seoul, Yoochun. Bookmark the permalink.
%d bloggers like this: